​​Date of incorporation ADIRQ November 11, 1989, projects achieved by the management of the Development Association before 2012: 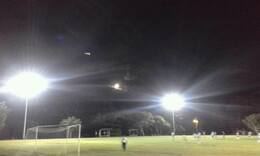